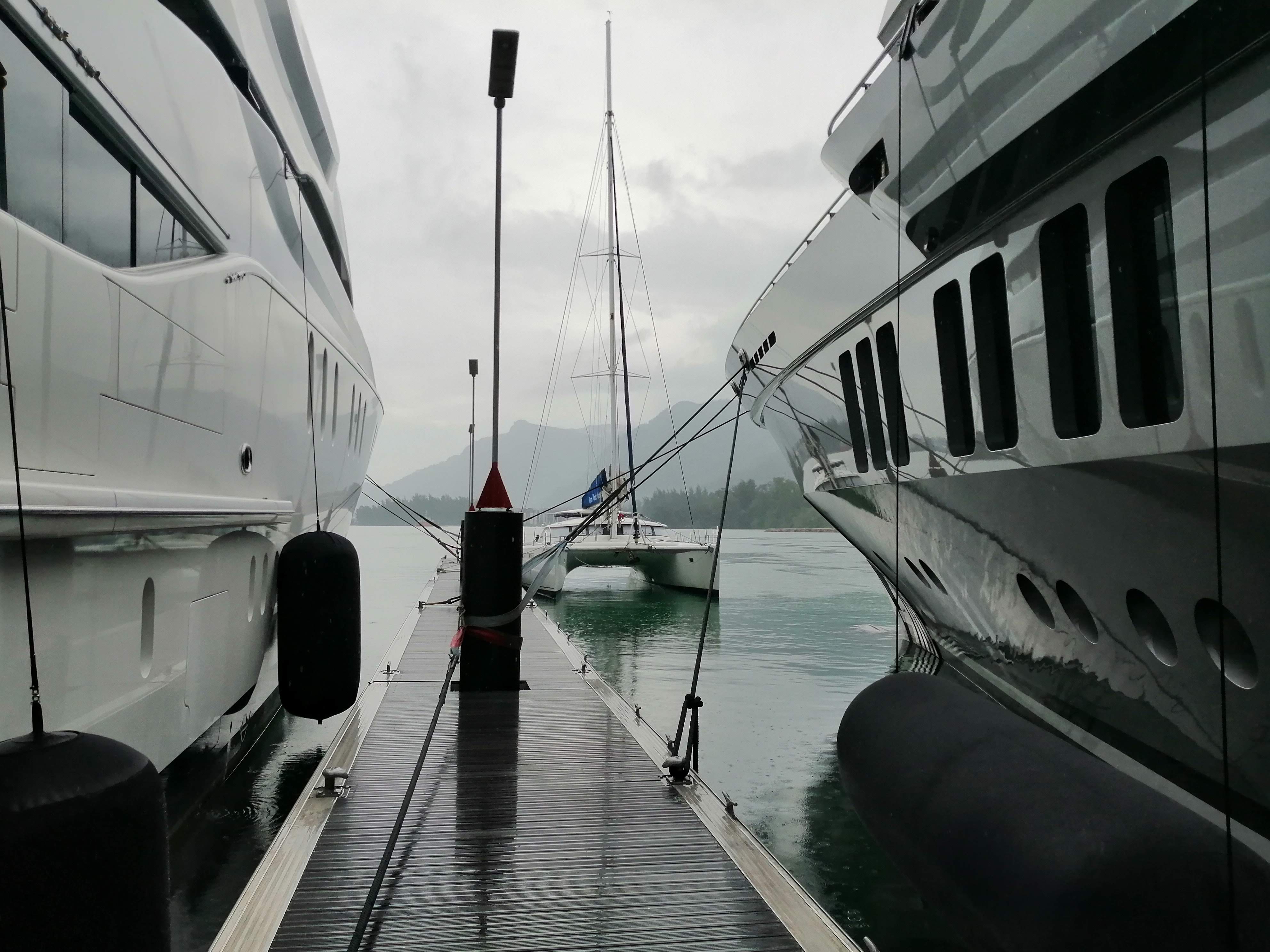 After our first transocean across the Atlantic, we brought a Fountaine Pajot Marquises 56 for Dream Yacht Charter from the Seychelles to Phuket. We had about 3000 nautical miles to go when we started from the main island of Mahe. Equipped with enough diesel, the route ran directly east over the Chagos Islands before we turned north a good 700 miles before Sumatra.

As expected, we could not sail the entire route in these latitudes. However, the first week in particular brought us wonderful wind from the side, which catapulted the catamaran quickly over 15 knots. So we partially recorded Etmale around 200 nautical miles. In the course of our journey, however, the wind left us more and more. We found compensation after a good 1000 miles on the northernmost island of the Chagos Archipelago, which belongs to the British Indian Territory. There you are only allowed to anchor at the British Crown with a permit that has been issued several weeks in advance. The effort is definitely worth it, the island world is one of the last paradises in this world.

Our ‘final leg’ towards Thailand past Sumatra required us to work hard again in the last of the three weeks. On the cross with a catamaran – even if ours is a really high-performance version – you are at the mercy of the forces of nature. We stomped against each other for 5 whole days and nights before setting sail for the last 48 hours in the Andaman Sea.

We needed 21 days for the entire route from the Seychelles to Phuket. After a short rest in the Yacht Haven Marina on Phuket, the plane went on to New Zealand.

A Dufour 38 Classic has not only changed its owner, but also its home port.…