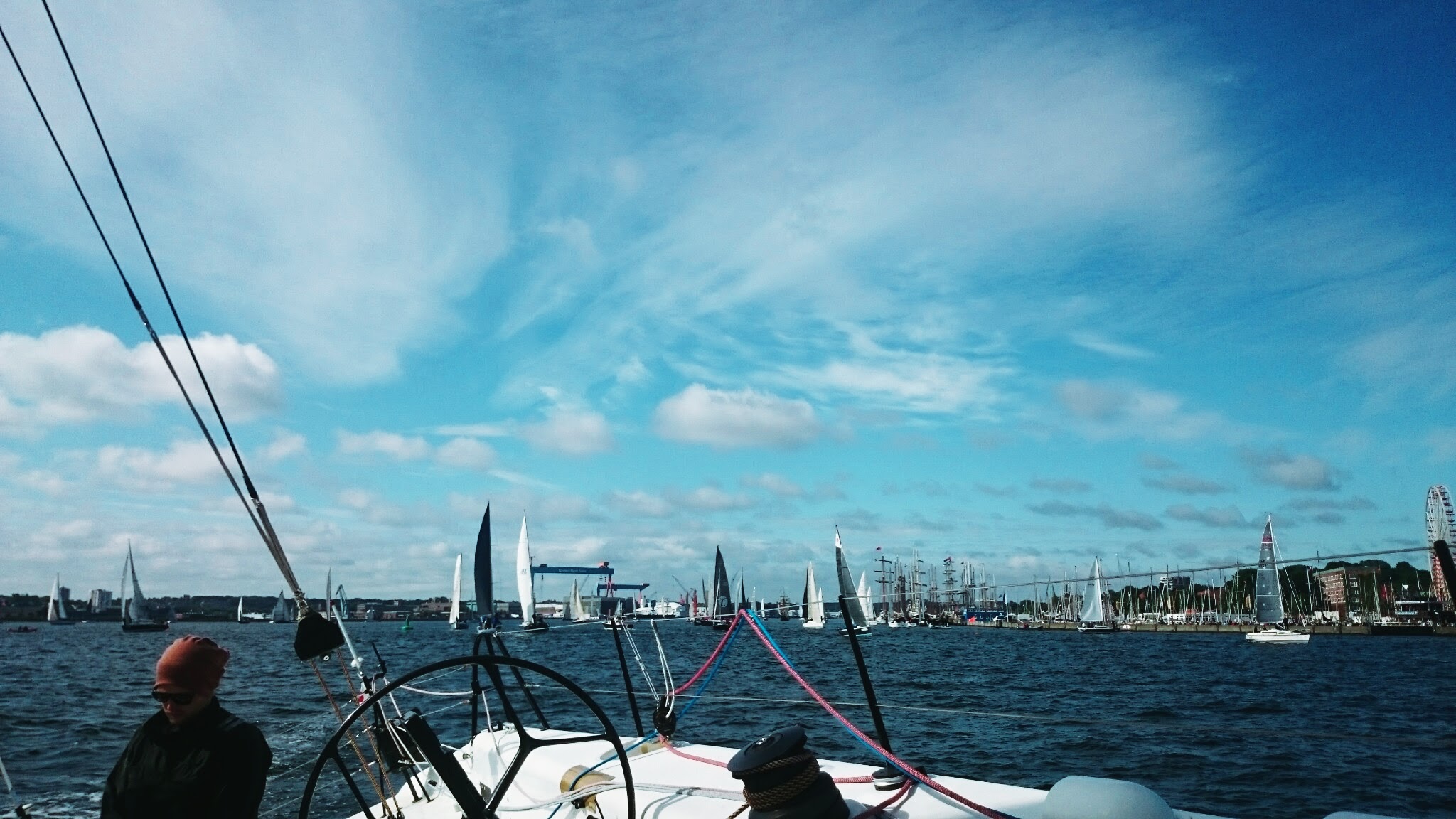 As in previous years, the Kiel Week was again this June. An incomparable mixture of high-class sailing regattas, tall ship meetings and a fair that attracts thousands of people every year. Be it for sailing, partying or just strolling over the keel line and having a nice day. Apart from two evenings with occasional showers, it was mostly sunny and the sunscreen was much more important than thick oilskins. Maybe it will stay that way for the next few years and the typical wet and cold KiWo weather would be history.

There is definitely enough for regatta sailors, as the Kiel Week is the largest sailing event in the world. However, almost all sailing events take place between Schilksee and the Kiel lighthouse. For visitors without their own boat, the exciting starts can only be followed via the livestream in Schilksee. If you want to experience the regattas up close, you should either charter a boat yourself or book one of the regatta escorts that are offered on many tall ships and also on various sailing yachts. Otherwise there is only the start of the welcome race of the endurance race on Saturday and the silver ribbon, which starts Thursday evening. These take place directly in front of the Hotel Kieler Yacht Club, which is located at the northern end of the mile on the keel line.

But there is another important reason to take your own boat with you: You are simply more mobile, because many of the visitors come with their own car and traffic chaos is already inevitable. Especially since many streets are also closed due to various events. If all the hustle and bustle on the keel line is too much, you can then easily sail on the boat and to the regatta lanes at the lighthouse, anchor in front of Laboe and watch the goings-on on land. Even during the windjammer parade, the maritime conclusion on Saturday, you can get very close to the old sailing ships and do not have to crowd the quay wall with many other onlookers.

This year the Russian Sedov, the largest traditional sailing ship in the world, was again a guest. Although it is always a bit of a return, she was launched as Magdalena Vinnen II at the Germania shipyard in Kiel in 1921 before going to the former Soviet Union as a reparation payment after the Second World War. The real conclusion, the big fireworks display that takes place late on the last Sunday in the evening, can simply be seen better from the water than from the land, where you step on each other’s feet to get the best view.

Of course, we were again part of the lake regattas, of which there are four different ones during the Kiel Week: the Welcome Race on the first weekend to Eckernförde and back, the Kiel Cup Alpha, which sailed in several up-and-downs off Schilksee is said silver ribbon that goes from Kiel through the Danish South Sea and back and last Saturday the Senate Prize, the course of which lies north of the lighthouse. The Welcome Race was on an 82-foot maxi, which was used to sail the fastest time with the monohull boats in western winds between 3 and 4 Beaufort. Only the MOD 70 Trimaran from Oman was faster, which had visited the Kiel Week again and was simply unbeatable as a crew with various professional sailors. Especially since the speed potential of the multihull is extremely high. So he reached a top speed of 37 knots last year. On the back regatta to Kiel there were light winds and due to a wrong choice of sail and the one or the other wind hole in which we parked, two boats in our class crossed the line in front of us, which was spontaneously brought forward by the regatta management about 7sm. Who knows what would have happened if not. 😉 But no matter, due to the low GPH value there is nothing to get anyway. For the silver ribbon it went on a smaller boat of the type Pogo 40, the Maxi does not really fit under the bridge in Svendburg-Sund, which has a clearance height of 33 m – * cough *. With a wind sensor on the 32 m high mast, it is still not enough.

And it is exactly under this bridge that connects Funen and Tasinge that the regatta passes. The first turning mark after leaving the Kiel Fjord was a ton north of the island of Aerö. So the first 40 nautical miles had to be turned up in northern winds. After hanging in the total calm for almost two hours at the Kiel lighthouse, we set out on the cross in light winds by 1 Bft. Due to the sluggish conditions, the regatta was shortened by almost half and the destination moved from the Kiel lighthouse to the east exit of Svendborgsund. But since we were still well before the first train mark after sunrise, we finally gave up with a heavy heart. The boat also played a role in this: the Pogo 40