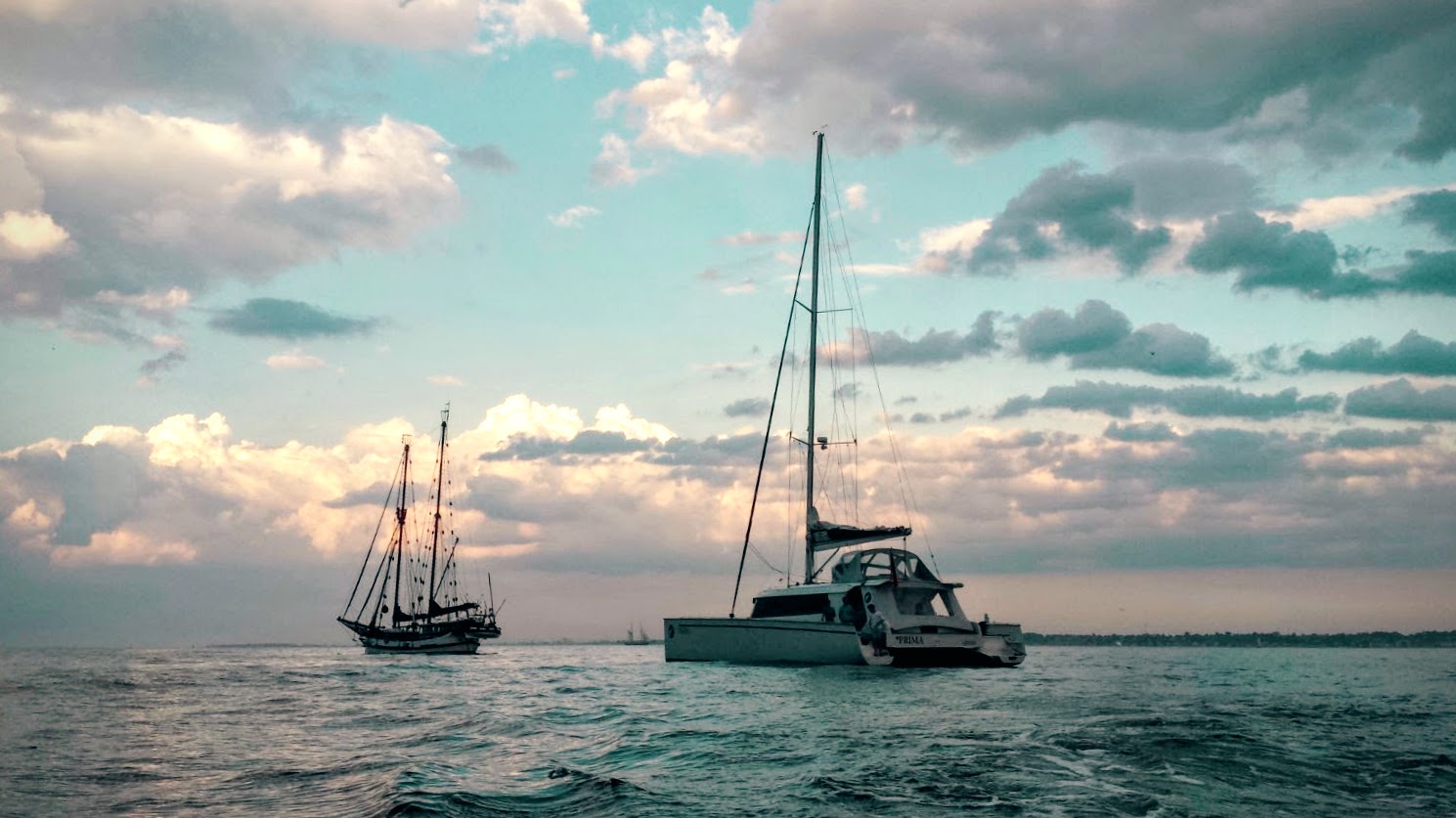 This year’s Kiel Week was very eventful. We were out for a few days with the world’s first wide-variable catamaran built in series. Although the ship has pronounced performance characteristics, the crew was more concerned with sightseeing, games / fun and relaxation. Because what could be better than getting to know and appreciate the Kiel Week from a sailing ship ?! On three days of sailing, the main focus was on sailing and other water activities. But anyone who has visited Kiel in the last two full weeks of June knows that there is plenty of land to experience. The party mile on the Hörn and the Olympic Center with a special offer are just two places that you should definitely visit.

Using the tracked route you can roughly understand which area is suitable for the short time. Indoor / outdoor fjord are always exciting – there is a lot to see here – especially during the Kiel Week, when thousands of ships are visiting. Before heading out into the outer fjord, there are cruiseships, shipyards, bridges and Kiel’s landmarks to marvel at in the harbor area. Through the eye of the needle between the Friedrichsorter lighthouse and Laboe there are then several options to anchor or anchor. The anchorage in front of Laboe offered itself as a sporty crew to “torture” the jet ski that was brought along and carried on the float of the ship. In addition, the weather invited to one or two sporty cold spritzers.

Incidentally, the local winds in the area of ​​the Kiel Fjord are always the guarantee that the state capital of Schleswig-Holstein is hosting the largest sailing event in the world. Even if the wind forecast is rather moderate, you can usually find good sailing conditions at the Kiel lighthouse. So of course it was worth it for us to sail along the coast to the inviting Schönberger beach under Gennaker and to feast on fresh fish from one of the local fishermen. On the way back, shore excursions are possible, for example, in Marina Wendtorf, Laboe or Schilksee. We decided to anchor in style in front of the latter and rocked one of the regatta parties in the marquee.

Anyone who does not want to actively participate in one of the daily regattas is still very well served with an accompanying trip. Those interested in water sports can get close to the action and are not forced to stand in front of the screen on land. Our crew was not long in asking and set the sails on course for the sea lane, where medium to large keel boats hold their races. A feeling similar to that there finally gets on the last day when, like us, you leave the fjord as a participant in the windjammer parade with all kinds of ships. So our crew, which was always well prepared, certainly didn’t let the mood spoil by the honest weather at the end.

Deerns & Jungs … will be back soon!